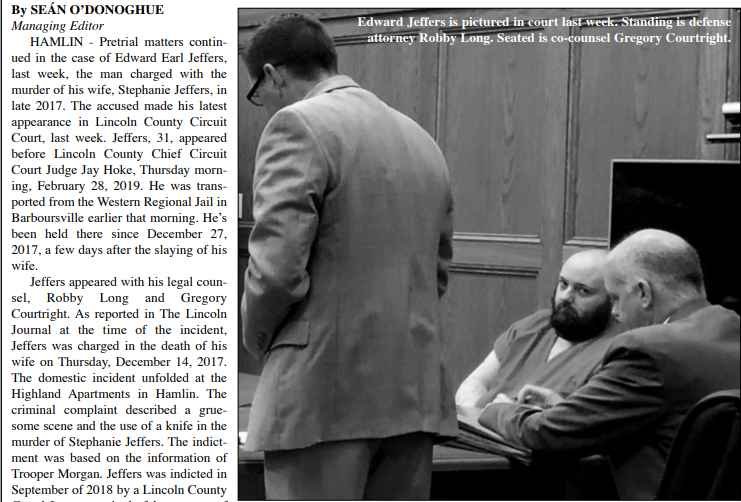 HAMLIN – Pretrial matters continued in the case of Edward Earl Jeffers, last week, the man charged with the murder of his wife, Stephanie Jeffers, in late 2017. The accused made his latest appearance in Lincoln County Circuit Court, last week. Jeffers, 31, appeared before Lincoln County Chief Circuit Court Judge Jay Hoke, Thursday morning, February 28, 2019. He was transported from the Western Regional Jail in Barboursville earlier that morning. He’s been held there since December 27, 2017, a few days after the slaying of his wife.

Jeffers appeared with his legal counsel, Robby Long and Gregory Courtright. As reported in the Lincoln Journal at the time of the incident, Jeffers was charged in the death of his wife on Thursday, December 14, 2017.