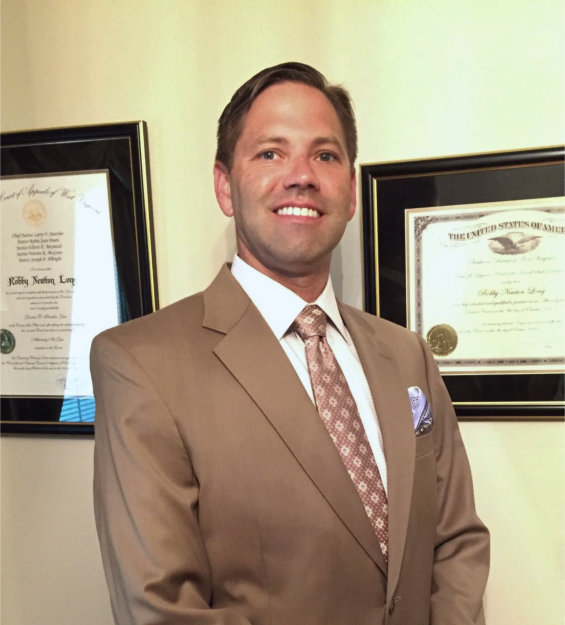 Robby Long was born and raised in the beautiful Shenandoah Valley in Winchester, Virginia. He has always been passionate about law, politics, and government.  He was the Senior Class President of his high school class at Sherando High School in Stephens City, Virginia.

Robby began his career as a law clerk to the Honorable Jay M. Hoke in Lincoln County Circuit Court from 2003 until 2005.  Thereafter, he worked for the law firm of Tyson & Tyson in Huntington.  In 2007, he opened his own law office where he continues to represent clients throughout West Virginia.

He previously served as Mental Hygiene Commissioner for five years and served as legal counsel to the Village of Barboursville.

Robby is a resident of Putnam County.  His wife, Amber, is an English teacher at Hurricane Middle School.  They have two children.