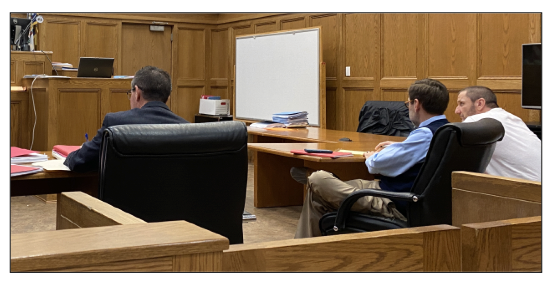 HAMLIN – A Lincoln County man, jailed before Christmas after being accused of violating probation, admitted to the violation in circuit court recently and heard the court confirm that he would remain jailed until Tuesday, April 21, 2020.

Grover Scott Adams was transported from the Western Regional Jail in Barboursville on Wednesday, February 12, 2020. He had been jailed on December 23, 2019 for violating the terms of his probation. As previously reported in The Lincoln Journal, Adams had been charged with grand larceny and conspiracy last September. The case appears to have made its way from magistrate court to circuit court.

In court on February 12, Adams was accompanied by his defense counsel, Robbie Long. The state was represented by Assistant Prosecutor Jackie Stevens who was joined by Probation Officer Codie Blankenship for the brief hearing.